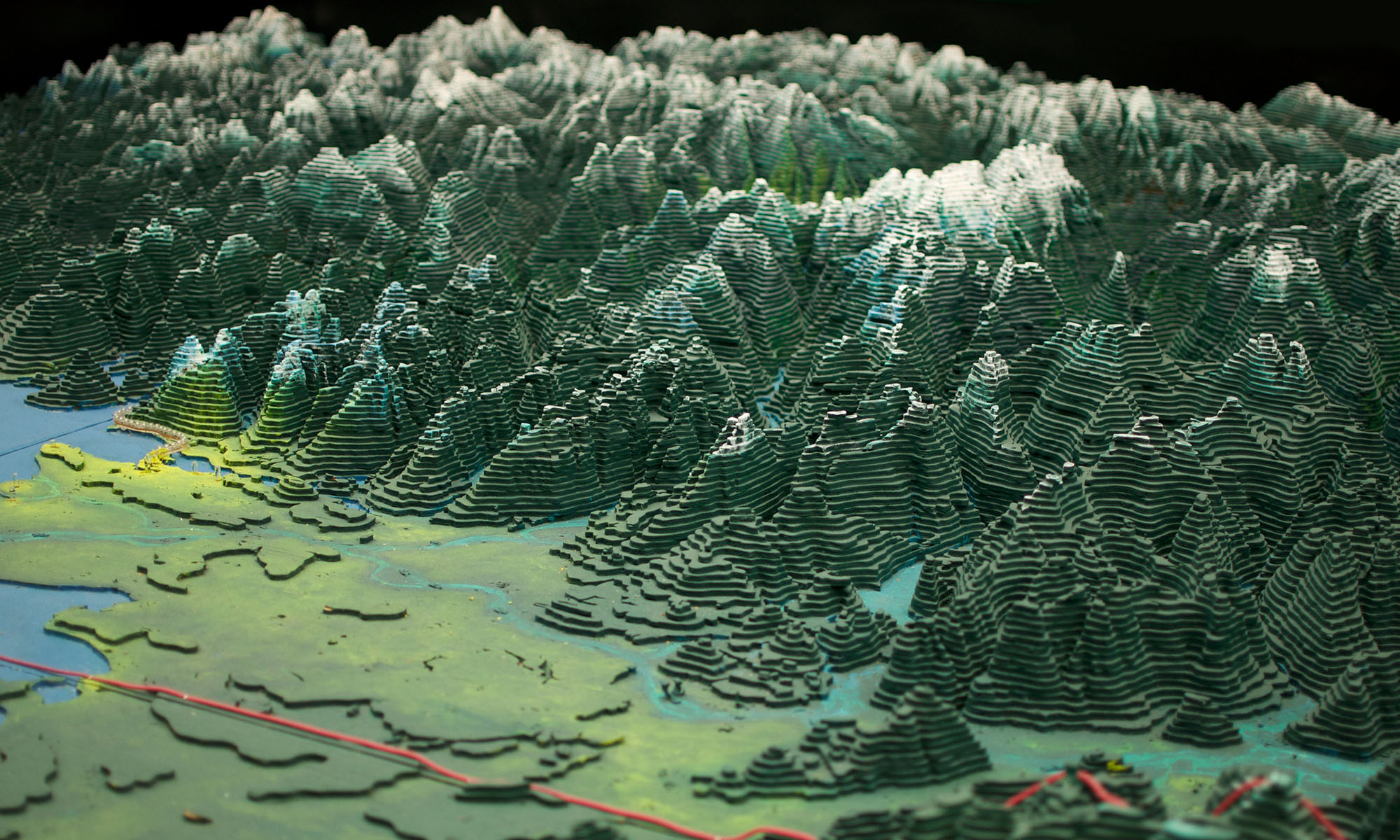 The Challenger Relief Map of British Columbia is a monumental, hand built 80-by-76 foot topographic map of the province. Built by George Challenger and his family from 1947 to 1954, it features all of B.C.’s mountains, lakes, rivers and valleys in exact-scaled topographical detail.

Residing in the British Columbia Pavilion at the PNE in Vancouver from 1954 to 1997 it was viewed by millions of visitors.

The Guinness Book of Records cites the Challenger Map as the largest of its kind in the world. The map in its entirety occupies 6,080 square feet (1,850 square metres) of space.

The Challenger Map is a unique artistic treasure and gives an incredible view of British Columbia’s geography and terrain. Given its teaching power and popularity, it is critical that the map be relocated to a place where it can be seen and enjoyed by future generations.